Our Response to the Farmers Agitation – Way forward (Zoom Meeting) 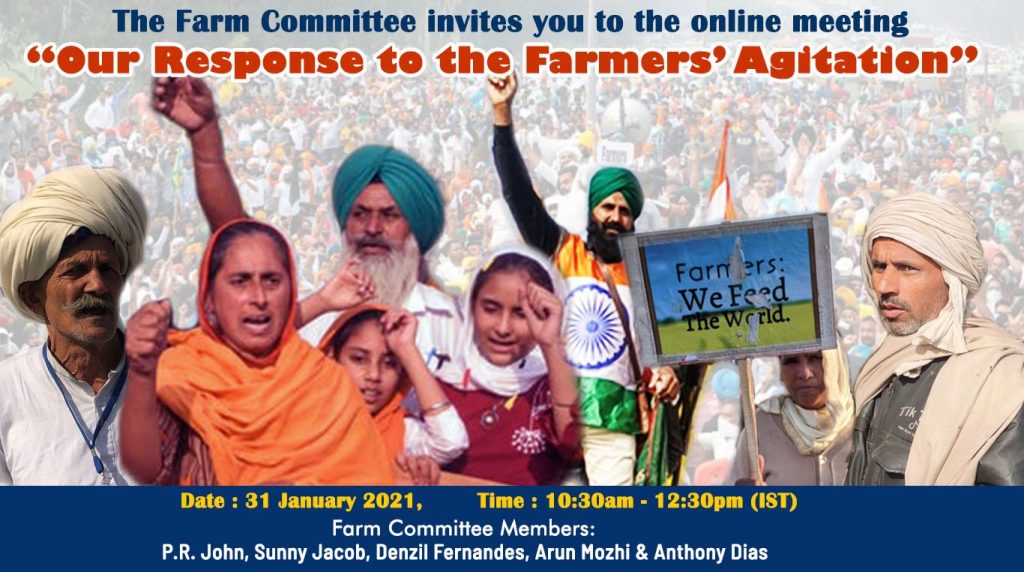 The webinar was held on “Our Response to the Farmers’ agitation – Way Forward” on 31st January 2021. The meeting was held by the very eminent panelist who visited the borders very often and supported them in respective of goods and supplies. The panelist discussed on how this farm law will affect the people apart […]

The meeting was held in Indian Social Institute, Delhi on 15th January 2021. As the borders of Delhi were buzzing with activity and bustling with so many farmers and their friends arriving in large numbers in the month of December and January cold. They are coming with tractors. Children and lot of women farmers and […]

The virtual meeting was called on by SJES SAsia on 19th December 2020 to come together on a common platform of sharing concerns for saving Indian Democracy, Indian Composite Culture and values enshrined in the Constitution of India. The discussion also took over the great need to protect those who are frontlines, fighting for human […] 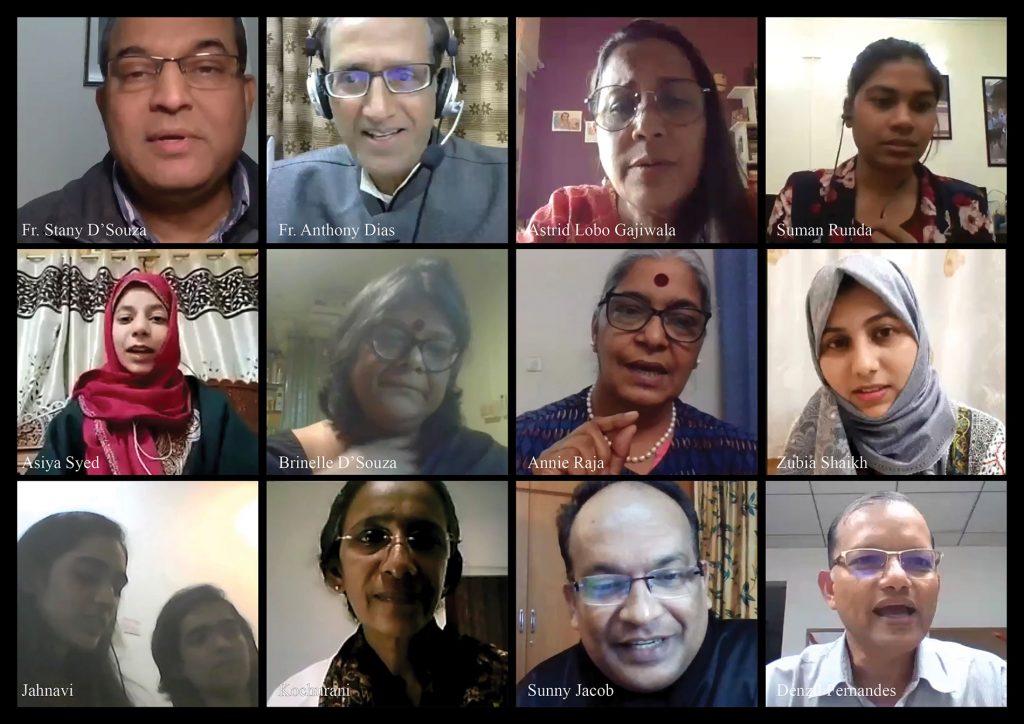 The webinar was organized by SJES-SAsia in collaboration with Samanvaya, Shanti Sadbhavana Manch, CSSS and ICD on 14th November 2020. The webinar captured the voices of women as they reflected on various issues raised by the arrest of the 83 years old Jesuit, Father Stan Swamy. Taking Swamy’s arrest beyond the event, the women raised […]